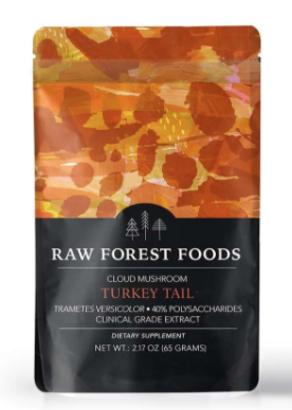 Turkey Tail has been the subject of 600 studies and 24 human clinical trials. Boost testosterone with this super adaptogen.
$29.95
Out of stock

Turkey Tail (Trametes versicolor) mycota, or mushrooms/fungi, are one of the top medicinal fungi in the world, with extensive medical research backing its health promoting attributes. Clinical research in the US and Internationally have validated the unique ability of Turkey Tail mushrooms to attract and kill harmful cells.

In addition, Turkey Tail is a potent immune modulator, increasing the production of T helper cells, those cells which direct the immune system. Turkey Tail has been the subject of 600 studies and 24 human clinical trials.

Turkey Tail mycota are one of the most thoroughly researched and respected of all the known medicinal mushrooms and fungi. Turkey Tail are medically significant for many reasons but they are most popularly known as being the natural source of the polysaccharide PSK. Psk (polysaccharide k) is a high molecular weight carbohydrate found in fruit and, in higher concentrations, in the mycelium of turkey tail.

Our raw forest foods' extract is a standardized extract, containing a potent 60% polysaccharide content. One of the most common fungi to be found in the woods is Trametes versicolor, the turkey tail fungus. The common name come from the banding pattern on the fruiting bodies that resembles (in miniature, of course) the tail of a strutting turkey. The colors of the bands can be quite variable, depending on the genetics of the organism and its environment.

Most of the bands are dark to light brown in color, alternating with light colored bands of white to tan, with still more bands of blue, orange, maroon, and other. The can be strikingly beautiful, and are among the most easily found fungi. The species has a widespread distribution, having been found in nearly every state in the United states and in most other countries.

Historically, the Turkey Tail fungus was referred to as Yun zhi in China. The first mention of Yun zhi was in the Bencao Gangmu (a.k.a. Compendium of Materia Medica), written by Li Shizhen during the Ming Dynasty (1578 CE). The Bencao Gangmu states that Turkey Tail, Yun zhi, "are beneficial to one's spirit and vital energy and strengthen one's tendon and bone."