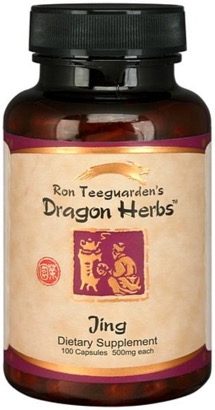 Jing Formulation is a blend of Yin and Yang tonics designed to support the entire system from the roots.
$19.95
Out of stock

Jing Formulation is a powerful primal essence formulation. It is suitable for those who require maximum restoration of essence after challenge or old age. It is also excellent for men and women who wish to replenish their Yin Jing, primarily. Jing Formulation tonifies Kidney essence (Yin and Yang), builds Blood, and tonifies Qi.

The Herbs in Jing Formulation

Yin Jing is synonymous with life itself. It protects our youthfulness. Tonic herbs like Goji, He Shou Wu, Dendrobium and Steamed Rehmannia replenish Yin Jing. They are powerful, effective, and quick. This combination can replenish fluids (Yin) and Kidney Yin (Yin essence).

Yin herbs may be blended with Astragalus, Codonopsis and other Qi tonics to create a restorative formula.

Eucommia is a superb Yang Jing tonic, used to support the skeleton and joints (especially the knees and ankles) in otherwise healthy individuals. Eucommia is widely used in China as a safe and effective Yang tonic for men and women. Eucommia is believed to confer strength and flexibility to the ligaments and tendons.