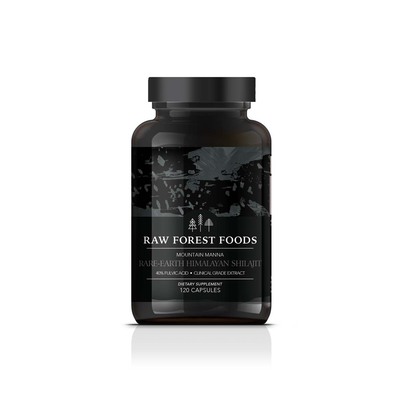 Shilajit Extract: "Destroyer of Weakness, the Conqueror of Mountains"
$29.95
Out of stock

Rare Himalayan Shilajit 20% Fulvic Acid Extract Shilajit, a rare exude used in Ayurvedic medicine, is known traditionally as "The Destroyer of Weakness, the Conqueror of Mountains" and has earned the reputation today as "Indian Viagra." Shilajit restores your core energy by rebuilding every cell in your body through ionic cellular mineralization and deep heavy metal detoxification. Because of its rarity, this extremely powerful medicine is traditionally only called upon when all other attempts fail. Ayurvedic doctors use Shilajit to confidently cure any ailment.

Today, use Shilajit to restore your body to optimum performance, rebuilding at a cellular level, not treating conditions but restoring, rebuilding, and eliminating the conditions leading to sickness. Fulvic and Humic Acids are the missing link in Human Nutrition, because they allow minerals to become colloidal (the only bio-available form). Our Shilajit is laboratory tested for purity, and standardized to contain at least 20% Fulvic/Humic Acid, delivering the most potent, active Shilajit available anywhere. Shilajit is a mineral pitch collected from rock fissures in the Himalayan Mountains. It is actually decomposed plant matter that has been integrated with rock and drips from the rocks during hot weather due to geothermal pressure over the past million years. This amazing mineral substance is collected in the form of a thick paste and purified for medicinal use. In traditional Indian medicine (Ayurvedic), Shilajit is known as a hot bitter. To learn how to use Shilajit, visit our blog, where we have a write up on preparing it. Health Benefits of Shilajit*