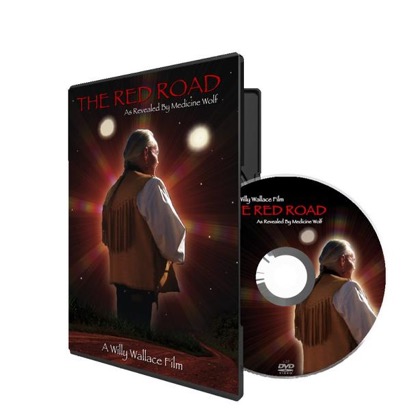 An man claims to be an Iroquois Medicine Man and became an M.D. and has a 100% cure rate of cancer and other terminal illnesses. His reward? He loses his license to practice medicine, has his lab and all of his belongings taken from him and is imprisoned along with several of his colleagues. The American Medical Association had shown through their actions that practicing methods of medicine other than surgery and drugs, would result in prison time, regardless if the doctor found a 100% cure rate.

After years of silence Medicine Wolf speaks out about the state of the American people, who currently have the highest rate of disease in the world! Never before seen footage, Medicine Wolf reveals why this rate is so high and what we can all do about it! You won't want to miss this heart felt journey to discovering a new path, the path of the Red Road.